Hero's first electric scooter, which will debut on October 7th. Here is everything we know.

The electric scooter from Hero MotoCorp would probably cost less than Rs 1 lakh. 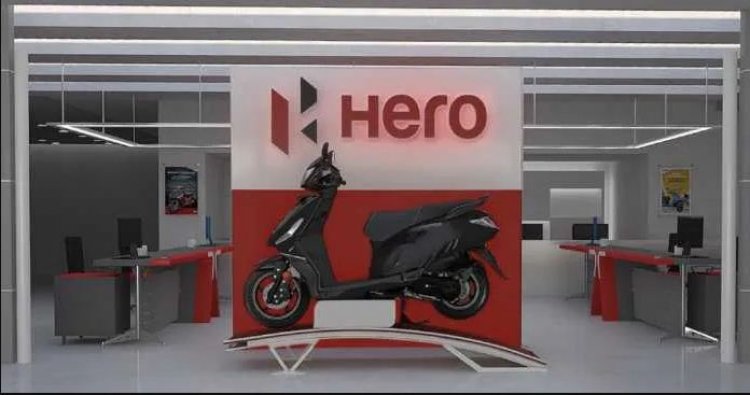 On October 7, Hero MotoCorp will introduce its first-ever electric scooter in India. The much-anticipated electric two-wheeler, which is expected to signal the company's debut into the Indian EV market, will now officially launch on the day that the company has specified. The company now confirmed that the new electric scooter will debut under its sub-brand "Vida," maybe as early as next month, after being delayed twice.

Although both Hero Electric and Hero MotoCorp Limited are remnants of a single organisation, they function independently of one another. Hero Electric is already well-known in the EV industry. But the impending electric scooter will be the first EV produced by the world's largest two-wheeler manufacturer, Hero MotoCorp. Its use of the Vida brand may be a resolution to the legal battle the two companies had earlier this year over the use of the term "Hero" for their two-wheelers.

Tata Tiago EV India to be Launched This Month:...

Of course, the legal dispute centred on India's plans to manufacture and market electric two-wheelers. Hero Motocorp has now sent invites to its dealers, investors, and international distributors for a launch event to be held in Jaipur, Rajasthan, signalling that it appears to be finally prepared for the phase. The electric scooter is anticipated to be the day's main attraction at the event, which is slated for October 7.

Hero Motocorp has not yet made many details regarding the EV public. Even though certain of its elements seem to be under control in several reports to date. Here is a summary of all we currently know about electric scooters.

According to speculations, Hero would introduce its first electric scooter at a price under Rs 1 lakh. If true, the EV ought to have a competitive advantage in the Indian market for electric two-wheelers, where there are currently many EV producers vying for customers. Most recently, OEMs in the pricing range, including Ola, developed their own electric scooter options.

Apart from this, the Hero Vida electric scooter should have a straightforward and small design. With a considerably smaller frame and fewer components, it should be distinguishable from the company's IC engine scooter series. It will, however, have modern amenities common to electric two-wheelers, such as a touchscreen at the front with connectivity options, navigation, and other capabilities, as well as mapping for travel and vehicle information.

Hero's Vida electric scooter would likely be produced in India, which will enable the business keep the cost below Rs 1 lakh. However, there are rumours that Hero will also sell the electric scooter abroad, notably in Europe and Latin America.

Realme Watch 3 Pro has been leaked ahead of its launch...

Hyundai Ioniq 6 Electric Sedan was unveiled as the brand's...

How to Get the Android 13 Beta Update Learn how to install...